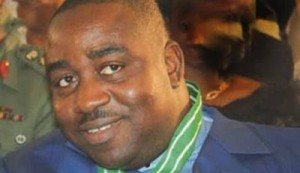 Benue State Governor and Chairman of the federal government NEEDS Assessment Implementation Committee for the Nigerian universities, Mr. Gabriel Suswam, has denied any direct involvement in the award of contracts for the government owned-universities, either by himself or the committee.

In a statement signed by his Special Assistant on Media and Public Affairs, Cletus Akwaya, Suswam noted that the funds were disbursed directly to the vice-chancellors of the benefiting universities in the presence of the chairmen of the governing council of the universities.

The governor also explained the criteria followed in disbursing the N100 billion intervention fund provided by the federal government among the 59 public universities across the federation, as well as the breakdown of the allocation.

“There was no-behind-the-table dealings as the disbursement was done in the most transparent manner, with all the vice-chancellors at a meeting with chairmen of governing councils,” he stated.

He noted that the committee adopted the population spread of students in various government-owned universities as a criteria in order to determine the allocation of the fund.

Suswam stated that his committee had nothing to do with the award of contracts, but the governing councils of the various universities reserve exclusively, the right to award contracts.

“It is important to emphasise that the Presidential Implementation Committee headed by Governor Suswam has nothing to do with the award of contracts under this programme as the governing councils of the universities have the overall control of the funds disbursed to their respective institutions. All the contracts are therefore being awarded by the respective universities without any interference whatsoever by the committee,” he said, adding that the committee only assumed a monitoring role on the projects, so as to ensure quality.

“For the avoidance of doubt, Governor Suswam and members of the committee have said they would have nothing to do with the contracts and have accordingly consigned themselves to the monitoring role to ensure the projects are executed according to the set standards. Already, the committee has dissolved into six sub-committees to monitor the projects in universities located within the six geo-political zones of the country,” he said.

Suswam therefore appealed to the leadership of Academic Staff Union of Universities (ASUU) to discontinue the strike, adding that ASUU’s action was premature and was not based on the realities of the situation.

“In ASUU’s view, the 2009 agreement provided for N100billion capital injection to stimulate the process of infrastructure on the campuses. This was to be followed by a progressive increase on an annual basis up to the tune of N400 billion by 2014.

“The federal government unfortunately could not commence this aspect of the agreement in 2009. The federal government’s position is that although there were delays in the implementation of this aspect of the agreement, having commenced the process in 2013 with N100 billion, there would be annual progressive intervention in the following years,” he said.