US Bishop Exposes Congregation To Hepatitis 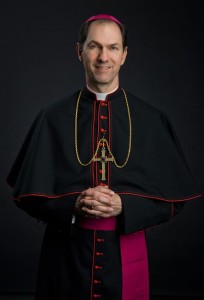 A Catholic bishop exposed some parishioners to hepatitis while giving communion in five different US churches in late September and early October, the diocese says.

Bishop John Folda said in a statement on Friday exposure to the disease was accidental.

“I sincerely apologise to the people who may have been exposed to the virus,” his statement said.

“I wish I had known I was ill so I could immediately refrain from participating in public activities. Unfortunately, I had no symptoms immediately following my return and during the events that have been brought to the public’s attention.”

Folda said his doctor has told him that he is no longer contagious and hasn’t been for some time.

The North Dakota Health Department on Thursday issued an advisory of exposure for anyone who attended any of the five affected churches and took communion. Health officials however say they are not sure exactly how many churchgoers might have been exposed.

Diocese spokeswoman Aliceyn Magelky said that Folda, who is bishop of the Fargo Catholic Diocese, contracted the liver disease from contaminated food while attending a conference last month in Italy.

Folda has taken time off work due to the hepatitis A virus, she said. “He’s doing great,” Magelky said. “He’s moving back into his regular schedule.”

State immunisation program manager Molly Howell said that the risk is low but that officials “felt it was important for people to know about the possible exposure”.

Hepatitis A is rarely deadly but can cause serious liver problems.

Magelky on Friday said Folda would soon be able to perform communion “whatever time he is invited or asked”.