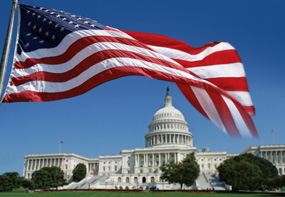 The US government has partially shut down for the first time in 17 years after Congress failed to agree measures to continue funding basic services.

Federal agencies were ordered to begin closing at midnight on Tuesday [0400 GMT], meaning 800,000 “non-essential” workers will be forced to stay at home.

The shutdown began after the law to fund government ran out, as the Republican-led House of Representatives attempted to draw up a replacement that blocks parts of President Barack Obama’s signature healthcare law.

The House has passed two spending bills in recent days, both of which have been torpedoed by the Democratic-led Senate.

The House asked for a conference on the budget with the Senate. However, the Senate’s Democratic majority leader, Harry Reid, said it would reject the proposal, and called on the House to pass a budget law not linked to healthcare.

Some critical parts of the government, including the military and air traffic control, will remain open. The shutdown will, however, keep hundreds of thousands of federal workers at home and unpaid.

Obama spoke bluntly about House Republicans: “You don’t get to extract a ransom for doing your job, for doing what you’re supposed to be doing anyway, or just because there’s a law there that you don’t like.” 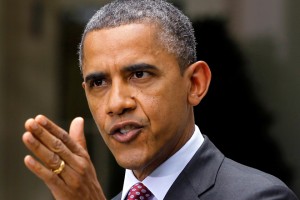 Speaking of the health care law that undergoes a major expansion on Tuesday, he said: “That funding is already in place. You can’t shut it down.”

The Republican speaker of the House, John Boehner, responded a few hours later on the House floor. “The American people don’t want a shutdown and neither do I,” he said. However, he added, the new health care law was having “a devastating impact… something has to be done”.

House Republicans have sought a year’s delay in a requirement in the health care law for individuals to buy coverage.

However, in recent days several Republican senators and House members have said they would be willing to vote for straightforward legislation with no healthcare-related provisions.