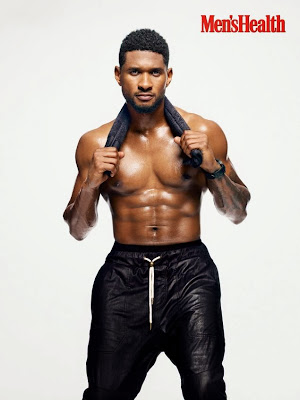 Usher is taking his role as boxer Sugar Ray Leonard in the upcoming flick “Hands of Stone” very seriously — and it abs-olutely shows.
“My commitment to this character demands that I not only physically get ready, but also become him,” the singer said, in an interview with Men’s Health magazine for its November issue.
“I train like an athlete every day, believe it or not,” he added.