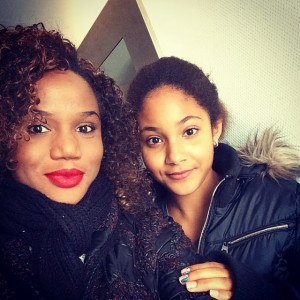 Apparently, Maheeda has overthrown both Tonto Dikeh and old mama, Afrocandy, and is currently sitting on the thrown as the “Baddest 9ja B***h”.

Bad girl, Maheeda has been the rave of the moment on all social networks over the internet, the pictures she’s been sharing kept on revealing more skin than the last shared.

In the late hours of yesterday, it seems macro-photo social site, Instagram, must had received a lot of reports for users or probably noticed themselves and decided to finally block Maheeda’s Instagram account.

These were the last photos Maheeda uploaded before she was blocked!! 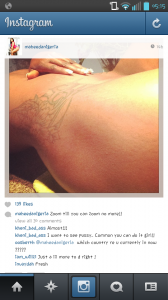 But nooooo, that wasn’t going to stop Maheeda from spreading her own special kind of gospel message.

I woke up in the early hours of this morning and the first message on my BBM is from Maheeda, she was alerting her friends, fans, followers and HATERS, that her Instagram account had been blocked but she had created another one immediately. 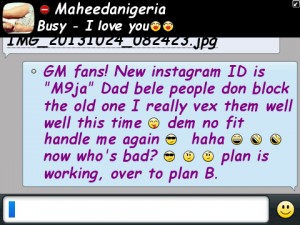 I brushed off the sleep from my eyes and went on Instagram to check up on Maheeda’s new page and as you can see below, that’s her new Instagram and handle. 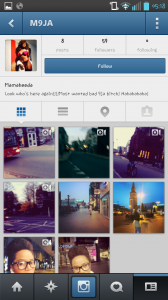 To my surprise, In less than 3hrs, Maheeda already had 59 followers. 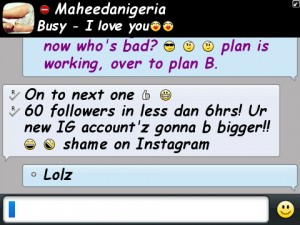 I checked it out just now and trust me you’d be surprised by the number of followers she has already amassed.