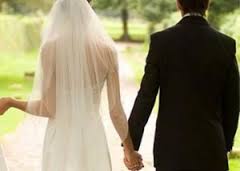 With divorces throwing many a marriage apart, there are those who feel that this institution is in urgent need of an overhaul if it is to remain relevant and not become the sham modern marriages are increasingly ending up as.

While many lament that monogamy is all but dead, we feel that it’s still too early to write off the institution, or even reinvent it. It’s worked in the past, and there’s no reason why it shouldn’t now. What we might need to do instead is to find ways to make our marriage work, rather than wait for it to flounder and then take recourse in the excuse that it wasn’t meant to work anyway.

1. Know that the romancé and passion of the early days will sooner or later fizzle out. Instead of moping for that lost passion, recall the early days of your dating/courtship/wooing/chasing. This will instantly re-establish the connect that brought you both together, and you’ll fondly look back at those days and moments. You may not be able to summon that kind of passion, but you can still steal time for just the two of you…. Remember when passion subsides, companionship takes over. Revel in the comfort of becoming good companions.

2. True, you are now man and wife, but you don’t need to merge your individual identities. If before marriage you were fond of wearing skirts, or playing a game of cricket with the boys, you don’t need to give that up just because you’re now married. As long as it doesn’t hurt anyone, of course, like it would if you were a Casanova before marriage and insist on being allowed to remain so! It’s worth preserving your own identity in a marriage because then you wouldn’t be forced to cramp your signature/individual style or lose your personality. This will mean that there will be little scope for frustration and bitterness as your relationship gets older.

3. Have a lot of US time, but don’t forget to have plenty of ME time either… you not only stay away from each other’s hair, but also give no room for breeding contempt that too much familiarity and being together invariably bring.

4. While giving space to each other is vital, make sure that communication never ceases. Any lull in communication can be potentially dangerous. So, have periods of silences but fill each other in when you catch up. If there’s anything that’s bugging you about the other, or if there’s something at work that’s troubling you, nothing works better than using each other as involved and responsive sounding boards. Bounce ideas, plans, off each other.

5. Fights between couples are normal, but so is making up. Scream, holler, have it all out, but once you’re over and done with remember to not let the sun go down on your fight. Make up before the day’s out.