Unless by divine intervention, John Udin, a retired soldier may likely spend the rest of his life in jail if he doesn’t go to the gallows for clubbing his 14- year old daughter, Glory to death. 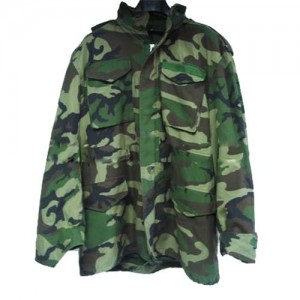 John 72, from Jesse, Warri in Delta State was discharged from the Nigeria Army in 1999 as a corporal. He has 11 children from three wives. Two of the wives and seven children are in Jesse, while he resides at 28 Adewale Street, Iba New Site, Ojo, Lagos with the youngest wife, Comfort and four children in a two-room apartment.

Last Tuesday, what started as minor family quarrel turned fatal. On that fateful evening, while Comfort, Glory and the three other children were preparing for evening church service, it was alleged that John came to the front of their compound and sat down. As his family members wanted to leave for church, it was further alleged that he blocked the entrance and said they won’t go because they lack the character of good Christians.

According to John, his daughter Glory, a secondary school student didn’t have an iota of respect for him. “Whenever I tried to counsel or advise her as a beloved father, she would make ignoble and despicable signs to show an extreme disdain and contempt she has for me. These are the things she copied from her mother.

“Some times she would go to another family’s house to sleep or she did something not of good report, when I tried to caution her, she would talk to me or demonstrate with a sign that shows an utter contempt.”

As John prevented them from going to church, he accused Glory of making the same derogatory sign to show her contempt for him. This was said to have provoked the ex-soldier who dragged Glory to their bedroom where he allegedly beat her with a nail-studded plank.

According to Comfort, her husband didn’t allow their daughter any medical assistance.

“I went and called a nurse who came and started treating her. When she was not improving, my husband took her to a hospital where she died” Comfort said.

In an interview< John in a sober mood, wondered why he should kill his own daughter and heaped the blame on Satan.

“I am not crazy to give birth to a child and at the same time kill the child. I don’t have mother or father, my children are everything to me. So why should I kill her? My intention was to hit the plank on her back for her just to receive the pain and nothing more but it landed on her forehead.

“When my wife went and reported the matter at the police station, I didn’t wait for the police to come and arrest me. I went to the police and submitted myself to them. That will show that I didn’t have the intention of killing my dear daughter. If I meant to kill her as my wife is accusing me of, I would probably run away or went into hiding.”

On what that type of dangerous weapon was doing in his bedroom, John said that he is a security man and that was one of his tools to defend himself and attack robbers.   He accused his wife of encouraging Glory the way she was misbehaving.

His wife, who by her name, should be providing comfort for him is now calling for the full weight of the law to be visited on him.

“He deliberately killed my daughter and so he should also be killed the same way”, she declared. On how he met Comfort, John said that Comfort’s father though late was his friend and also a retired soldier.

According to him, after his disengagement from the military, he took his two wives and seven children to his  village, Jesse. After staying at home for a while, he said life at the village didn’t suit him and so opted to come back to Lagos, but his wives and children said they were not going with him and preferred to stay in the village.

“ It was when I came to Lagos and started visiting Comfort’s father, my friend by then he was still around and I started going closer to Comfort and one thing led to another  and she became pregnant.