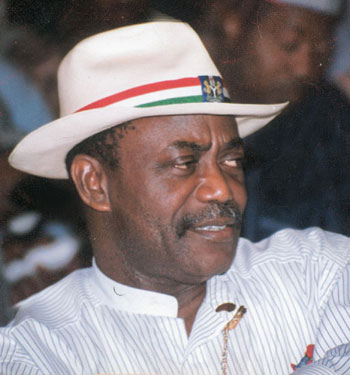 The Economic and Financial Crimes Commission (EFCC) has lamented its inability to prosecute former Rivers State governor, Sir Peter Odili, five years after it filed an appeal at the Court of Appeal in Port Harcourt because moves to execute the appeal have not yielded any results so far.

Recall that a Federal High Court in Abuja had granted a perpetual injunction against the EFCC, the Central Bank of Nigeria (CBN) or any of their agents from arresting and prosecuting Odili over a N189 million credit facility given him by the then troubled Finbank Plc.

The ruling which was read by Justice Gabriel Kolawole also restrained the anti-graft body from confiscating Odili’s property in any part of the world for the purpose of realizing any security for his alleged indebtedness to the bank.

But the EFCC chairman, Mr. Ibrahim Lamorde, who spoke through his Chief of Staff, Kayode Oladele at a workshop in Lagos on Monday, said the agency did its best by appealing against the perpetual injunction but has since been prevented from making any headway because no date has been fixed for hearing by the Port Harcourt court.

“Immediately the permanent order was given, we quickly appealed it at the Appeal Court, Port Harcourt Division. But five years after filing the appeal, we have not been given a hearing date. We feel that any case that involves public interest as such shouldn’t have been so treated by the court. In a case that involves corruption, how can you grant a permanent injunction? It is as if someone is being shielded from prosecution,” Oladele said.

“This is a regime of rule of law and everything has to be done in accordance with the law of the land,” Oladele said.