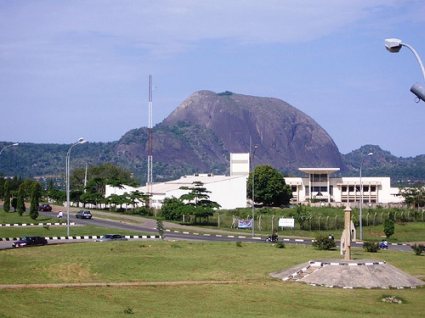 The Federal Capital Territory (FCT) Minister, Senator Bala Mohammed has described as laughable, the demand by the Abubakar Kawu Baraje-led Peoples’ Democratic Party, PDP, that the Presidential Villa and Akwa Ibom Governor’s Lodge be sealed off following the closure of the Adamawa Governor’s Lodge which served as the faction’s temporary secretariat.

Sen. Mohammed also said that the Legacy House (PDP campaign headquarters) was located in a commercial and not residential area hence, the demand that it should also be sealed off was not tenable.

On the Legacy House, Mr. Ogbuenyi insisted that it was not a residential area but a commercial area and therefore there was nothing wrong in holding political meetings there.

The minister’s media aide advised the faction “to do the normal thing because they have contravened the rules. Anybody can come to your house to meet, but they have turned the Adamawa Lodge to party secretariat.”

It would be recalled that the Baraje-led PDP while reacting to the sealing off of its temporary secretariat said that “If they (Federal Capital Territory Administration) are serious about what they are suggesting about the Adamawa Governor’s Lodge, they should go ahead and make sure they close Akwa Ibom Governor’s Lodge, Legacy House and any other place political meetings are held”.