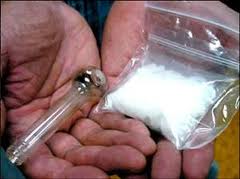 Now she may have to trade in her cell phone for a jail cell.

Deputies in Nevada County, Calif., arrested Mulligan on Friday after she allegedly tried to arrange a drug deal with a friend through a text for fentanyl, an opiate similar to morphine.

The message was actually sent to a narcotics detective who decided to take her up on the offer and arranged a meeting, according to 14NewsOnline.com.

She was arrested and charged with three felony counts, according to Nevada County Sheriff’s Dept. spokesman Lt. Steven Tripp.

“She was surprised. She probably felt a little bit silly that she had contacted law enforcement,” Tripp said according to CBS Sacramento.

Tripp adds that the officers appreciated the tip.

“When we get calls from criminals saying, ‘Hey, do you want to buy something?’ and it happens to be stolen, or of a criminal nature, sure, absolutely it makes our job easier,” Tripp said.

Mulligan’s mistake isn’t the first time an alleged drug dealer was apprehended because of the wrong text.

Earlier this month, authorities in Sparta, N.J., arrested Nicholas Delear Jr., after a detective received a text from his phone saying he had a quarter pound of marijuana for sale and wanted to meet at a pizza parlor.

In May, 2012, police in Santa Maria, Calif., arrested 39-year-old Reymundo Carlos Escobedo after he mistakenly sent messages to a police officer offering to sell methamphetamines.