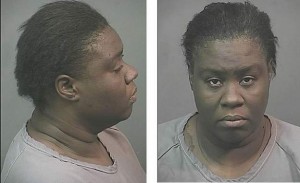 She was paid in crack cocaine to watch a baby.

Carolyn Renee Miller, 42, who pleaded no contest to aggravated manslaughter of a child and improper disposal of a human body, was sentenced to more than 13 years in prison on Oct. 18. The charges stemmed from the 2011 death of a baby who was left in the Florida woman’s care.

Miller told investigators that she awoke to find the child, Ja’Veon Mitchell, was dead, WESH reported. In a panic, she stuffed the boy’s body into a cooler and hid it behind her boyfriend’s home.

Authorities listed Ja’veon’s official cause of death as unknown, but prosecutors said that the Brevard County Medical Examiner was “leaning more towards a homicide on the case or a neglect on the case as the cause of the child’s death,” according to The Ledger.

According to Florida Today, Miller received a relatively low sentence compared to what she could have received under the law. At her sentencing, a judge weighed whether Miller’s mental state should mitigate her sentence. The defense had argued that Miller suffered from “PTSD and trauma from a tough upbringing and bad relationships.”

Prosecutors said a judge noted that Miller had been paid in crack cocaine to watch Ja’Veon Mitchell and that her actions could have been influenced by use of the drug, according to NBC Miami.

The child’s mother was not prosecuted. Florida Today reported that none of the victim’s family attended the hearing Friday.

Unfortunately, this is not the first criminal case involving a child in a cooler. In September, a Louisiana woman was arrested after she allegedly put her baby in an ice chest, and sat by while the child screamed from within.

In May, a Washington state man faced attempted murder charges after he allegedly put his child in a freezer in order to stop the baby girl from crying.