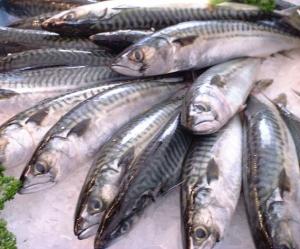 Police in Sweden said they are investigating a man’s allegations that a woman stole from his apartment and slapped him with a fish while he was sleeping.

Investigators said the Nykoping man, who is in his 60s, called authorities to report he was awakened from a nap by a slap across the face from a woman wielding a mackerel, The Local.se reported Monday.

The man also alleged the woman stole $310 from him and took food from his refrigerator.

The woman, who is also in her 60s, is known to the man, police said.

“They might live together sometimes,” Mikael Larsson of the Nykoping police told the Sodermanlands Nyheter newspaper.

The incident is being investigated as an assault, police said.