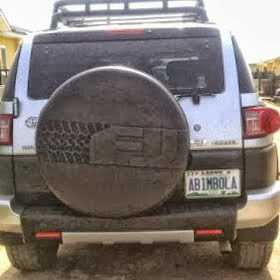 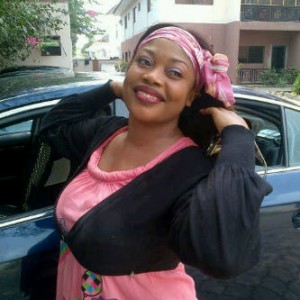 Yoruba Nollywood actress Bimbo Akinsanya can be said to be living quite comfortably as she recently acquired a Toyota FJ cruiser jeep.

Bimbo Akinsanya is among the most sought after Yoruba movie actresses and is a stable face in Yoruba movies.

Bimbo hails from Abeokuta, Ogun State and apparently has joined the league of celebs who cruise around town in customized exotic cars.

According to reports, Bimbo acquired the automobile in August 2013 and went ahead to get a customized plate number, ABIMBOLA, for it a few days ago.

But here’s something a lot of you don’t know, Bimbo was charged for manslaughter earlier in this year but was able to get off the hook and has since embraced a very low profile.