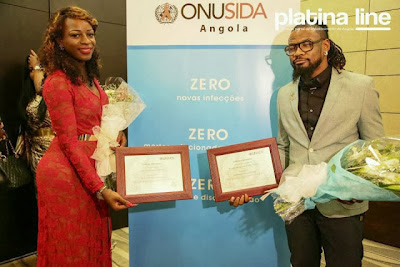 Yea, the lady in red.
Her name is Titica.

She is bold, she is bright, she is beautiful and she is taking Angola by storm.
Some days ago, UNAIDS made Angola’s transséxual singer Titica one of its goodwill ambassadors

Born in Luanda as Teca Miguel Garcia, singer and dancer Titica adopted her female persona four years ago following a bréast enhancement operation in Brazil.
Now, at twenty-six, Titica is the new face of Angola’s unique urban rap-techno fusion music style known as “kuduro”.Speaking to the BBC last year, during a make-up session before filming the video for her current hit Olha o Boneco, which features popular Angolan kizomba singer Ary, Titica said she was overcome with her success.

Despite that taboo, Titica appears to have no shortage of fans and most seem more interested in her music than in her séxuality. 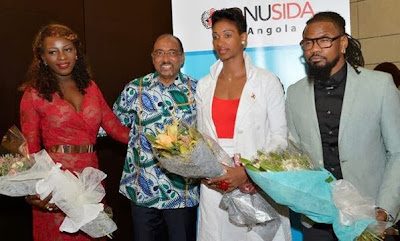 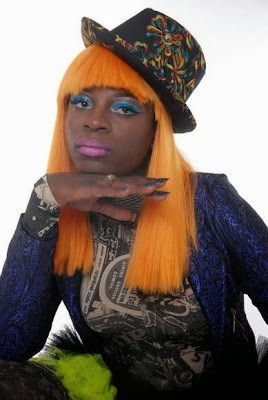