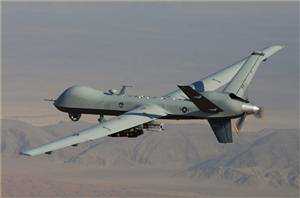 At least five people have been killed in a suspected US drone attack on an Islamic seminary in Pakistan’s northwestern region of Khyber Pakhtunkhwa, often visited by Taliban-linked Haqqani network.

According to a local police officer, Fareed Khan, the unmanned aircraft fired at least three rockets at the madrasa in the Hangu district, killing two teachers and three students just before sunrise on Thursday.

The identities of those killed on Thursday were not immediately clear.

Pakistan publicly opposes US drone strikes, saying they kill too many civilians and violate its sovereignty, although in private, officials admit that the government broadly supports them.

Most drone attacks occur in the North Waziristan region, where Taliban fighters are holed up, and are rare in densely populated places like Khyber Pakhtunkhwa.

The latest attack took place a day after Sartaj Aziz, Pakistan’s foreign policy chief, was quoted as saying that the US had promised not to conduct drone strikes while the Pakistan government tries to engage the Taliban in peace talks.

The US has not commented on Aziz’s remarks.

The previous drone strike in Pakistan on November 1 killed Pakistani Taliban leader Hakimullah Mehsud in the group’s stronghold of Miranshah in northwest Pakistan, in an attack denounced by Pakistan.