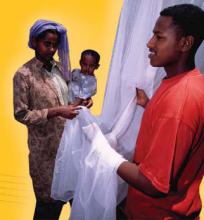 The Malaria Action Programme for States, MAPS, has said that malaria is responsible for the death of more than 300,000 children under the age of five in Nigeria annually.

According to him, the disease was also responsible for 11% of maternal deaths in the country.

“Malaria is the major cause of morbidity and mortality which has direct effect on the growing cases of poverty, low productivity and low school attendance in the country.

“The mosquito-borne illness causes over 100 million clinical cases and is responsible for nearly 300,000 deaths in children under the age of five and 11% of maternal mortality cases annually,” Usman said.

He said that the efforts by the Federal Government to eradicate the disease had not yielded much results due to structural and behavioural barriers by the citizens.