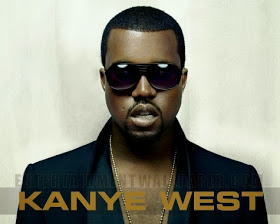 A very recent study has shown that Good music rapper, Kanye West’s popularity among his core audience has taken a dive down by 66% since he started dating his baby mama, Kim K.

Read below on how the National Enquirer reports it: –

Kanye West’s popularity on the downslide after getting horizontal with Kim K – industry analysis. In less than two years, the 19-time Grammy-award winner’s likability has nosedived by a whopping 66 percent, according to the influential Q scores, a closely watched measure of recognition and popularity that marketers use to evaluate celebrities’ appeal.

But shockingly, West’s popularity has plummeted to a mere 3 among women 18-49, the latest results from September reveal. He’s hemorrhaged popularity among his core fan base of men too, but not as significantly as women: West’s most recent Q Score among the 18-34 male demographic was a lowly 13.