The Adekunle Ajasin University, Akungba Akoko (AAUA) in Ondo State has pulled out of the ongoing Academic Staff Union of Universities’ (ASUU)strike.

In a statement issued and signed by its Registrar, R.B Olotu, the school had ordered its students to resume for the second semester on November 25th, 2013, thereby boycotting the nationwide strike. 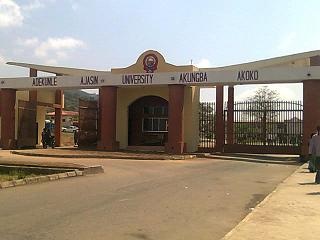 Already, the ongoing industrial action has lasted for over four months.

“All Students of AAUA are hereby informed that academic activities of the 2nd semester of 2012/2013 session truncated as a result of the ASUU national strike are to resume on Monday, 25th November, 2013 with the continuation of registration on the University portal, while lectures are to start on Mon, 2nd December, 2013.”