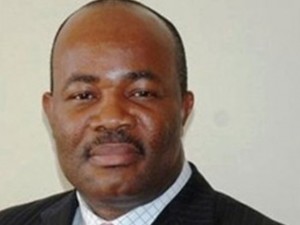 Akwa Ibom State governor, Godswill Akpabio has denied that the government collected a sum of money from ExxonMobil, meant for the payment of compensation on the recent crude oil spill in four local government areas of the state.

The National Oil Spill Environmental Agency (NOSRA) had approved about N26.5 billion as compensation for the recent oil spill in the affected communities of Eket, Esit-Eket, Ibeno and Onna local government areas of the state, but instead of paying the money, ExxonMobil was said to have called a meeting between the state government and the stakeholders and decided to pay about N2 billion to the oil spill victims.

The balance of the oil spill compensation money they said would be used to undertake development projects in the state, a decision which sparked protests recently by the youths of the communities. The money was believed to have been paid to the state government for the projects.

However, at a meeting between the State Government and the Stakeholders from the four oil producing communities in Uyo, the capital city of Akwa-Ibom State, yesterday, the State Governor Godswill Akpabio denied receiving part of the money for any developmental project in the state.

If found to be true, the development may spark fresh protests by youths of the affected communities.

ExxonMobil is yet to respond to the governor’s denial.