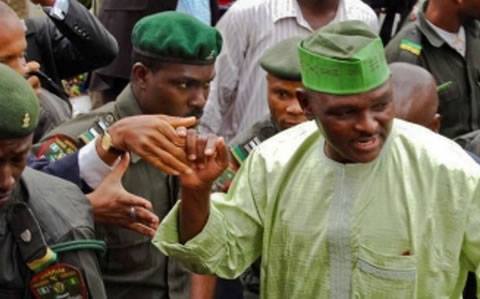 Major Hamza Al-Mustapha, who is obviously still enjoying his air of freedom after about 14 years in detention, has taken his message of peace and unity to Jos, Plateau State, where he stressed the need for people of the state to work together and put to a permanent end, the frequent ethno-religious crisis in the state.

The former Chief Security Officer to the late Head of State, Gen. Sani Abacha, said he would not hesitate to provide any platform that would bring an end to the inter-ethnic clashes on the Plateau.

Al Mustapha, who spoke on Thursday while addressing youths from the state, called on them not to allow themselves to be used by those he described as crisis merchants.

He said, “Back in the 1980s, Plateau used to be home for all. I’m calling on the people of the state to learn to live and tolerate one another. Everybody on the Plateau must put hands together, work together and fight crisis merchants in the state. I am committed to ensuring that lasting peace is restored back to the state.

“I am appealing to all communities of Plateau to eschew bitterness and forgive themselves for peace to reign. My mission at all times is to ensure a peaceful Nigeria. Our mission here in Jos is a mission of peace and nothing else. We are going to work together with all stakeholders to consolidate on the fragile peace in the state”.