The Presidency insisted on Sunday that it did not recognise Rivers State Governor Rotimi Amaechi as the chairman of the Nigeria Governors’ Forum, hence the absence of President Goodluck Jonathan at the retreat organised by the Amaechi-led faction of the Forum in Sokoto. 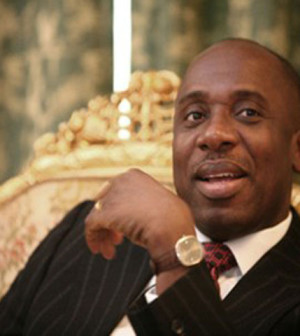 Jonathan was billed to deliver the keynote address at the retreat where the resource peesons included the Speaker of the House of Representatives, Aminu Tambuwwal; Nobel Laureate, Prof. Wole Soyinka; and Catholic Bishop of Sokoto, Matthew Kukah.

Special Adviser to Jonathan on Political Matters, Ahmed Gulak, told The PUNCH that the NGF recognised by the President was the faction led by Plateau State Governor Jonah Jang.

Gulak said the retreat at Sokoto on Saturday was not an event of the authentic NGF but a show of the “Amaechi Governors Forum.”

The governors’ forum had been split into factions since its controversial election few months ago. While a group of governors, among them the G-7 members otherwise referred to as the ‘rebel’ governors, said Amaechi was their elected chairman, others, made up of mainly Jonathan loyalists, claimed that Jang was the chairman.

Both factions have since run parallel groups of the NGF with the Presidency identifying with the Jang faction while Amaechi has been suspended by his Peoples Democratic Party.

He is a key member of the new faction of the PDP and he played host to leaders of the opposition All Progressives Congress recently.

Gulak said, “What happened in Sokoto was not a retreat for the Nigeria Governors’ Forum. It was an event for Amaechi Governors Forum.

“As far as the President is concerned, Governor Jonah Jang of Plateau State is the Chairman of the Nigeria Governors’ Forum and not Amaechi.

“The poor attendance at the Sokoto event confirmed that it was not organised by the genuine governors’ forum.

“President Jonathan would have attended if the event was organised by the genuine and proper governors’ forum.”

The event was also attended by a former Chief Justice of Nigeria, Muhammed Uwais; former Chairman of the Economic and Financial Crimes Commission, Mallam Nuhu Ribadu; and the National Chairman of the new faction of the PDP,  Alhaji Kawu Baraje.