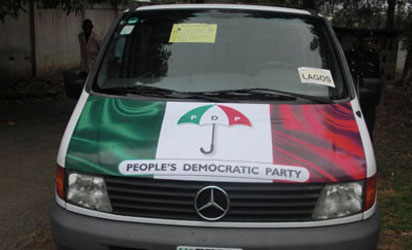 Supporters of the Peoples’ Democratic Party, PDP, in Anambra State were given a sneak preview of what to expect should Tony Nwoye win the November 16 gubernatorial election in the state as his campaign organization distributed hundreds of buses to them.

It was learnt that all the 177 communities in the state received at least a bus each and mouth watering amount of money to follow.

Recall that last week, a financier of the party and Nwoye’s sponsor, billionaire Arthur Eze promised every ward where the PDP candidate wins a princely sum of N4 million just as the candidate himself promised N3 million.