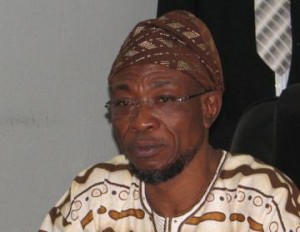 Osun State governor, Mr. Rauf Aregbesola has described the attack on a school principal in the state as totally unacceptable, adding that his administration will not tolerate any act of lawlessness from any group or individuals irrespective of their standing in the society.

Aregbesola said this yesterday, during the graduation of 410 Osun Youth Empowerment Scheme, O’YES, cadets trained at the OSUN-ODU’A Farmers’ Academy at Ede.

Describing the attack on the Principal of Ejigbo School of Science as unacceptable, Aregbesola noted that no one is allowed by the constitution to take laws into one’s hands.

He stressed that henceforth the government will not take such cases lightly, and anyone caught with such uncivilised act will be made to face the law.

According to him, the graduation ceremony was an opportunity to hoist aloft for all to see the “fruits of responsive and responsible governance that only the healthy tree of focused and visionary leadership can yield.”