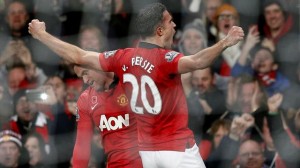 A staunch Arsenal football fan in Iganga District in Eastern Ugandais looking for a home for his family after he lost his house in a bet over a game between English clubs Arsenal Football Club and Manchester United.

Before the English Premier League table toppers Arsenal met with champions, Manchester United at Old Trafford on Sunday, Henry Dhabasani staked his two-roomed house in a bet with Rashid Yiga, that Arsenal would win the game. On his part, Yiga staked his new Toyota Premio car and his wife that Manchester United would win.

The two put their stake in writing, with local leaders and fans witnessing the deed. Dhabasani, married to three wives with five children, fainted at the end of the match on realizing Arsenal had lost the game 1–0.

On Monday, several Manchester United fans stormed Dhabasani’s home and threw him and his family out. [TO]