All branches of Academic Staff Union of Universities (ASUU) will hold their congresses today to brief its members on President Goodluck Jonathan’s offer. 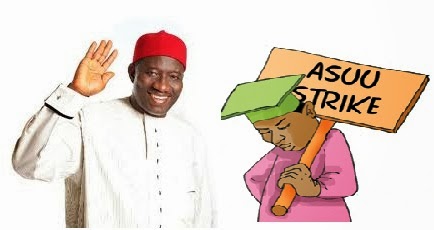 Nigeria public universities were closed down several months ago as a result of the Federal Government’s failure to implement the agreement it entered into in 2010 with lecturers.

There have been a lot of calls to the Federal Government and ASUU to come to a compromise so that students resume academic activities.

Both warring factions had maintained hard stand on the issue as ASUU argued that poor funding was responsible for the dwindling fortunes of education and its attendant poor quality of graduates, while the Federal Government said the university lecturers downed tools over enhanced earned allowance.

The leading members of the Senate and President Jonathan had separate meetings with the union and relevant stakeholders last Monday, in the coruse of which new offers were made to the teachers with a plea for them to re-open universities.

A branch Chairman of ASUU stated that the outcome of today’s meeting of the various branches would be announced to the national leadership of the union, which will in turn convene an emergency NEC meeting between Wednesday and Thursday this week to consider the positions of various branches .

The Chairman, who did not want his name to be mentioned, said:

“It is at the meeting that the various branches will take position and communicate same to the national leadership Monday evening, then an emergency NEC meeting would be convened between Wednesday and Thursday.

“We have not been told of the venue, but we were told to prepare because it would take two days by road from my branch.”

According to his words, calling for a strike or calling it off is not the decision to be taken by the ASUU President (Dr. Nasir Fagge) or the national executive alone.