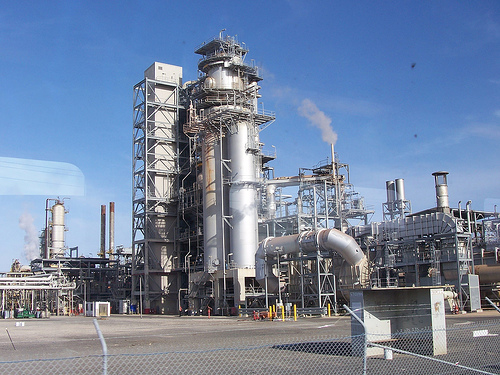 The Bureau of Public Enterprises (BPE) on Sunday said that the bureau would privatise the four refineries in the country next year.

Mr Chigbo Anichebe, the Bureau’s Head, Public Communications, told the News Agency of Nigeria (NAN) in Abuja that the refineries’ privatisation was part of the ongoing oil sector’s reforms.

Earlier last week, the Minister of Petroleum Resources, Mrs Diezani Alison-Madueke, told Bloomberg TV Africa in London that the country would privatise its four government-owned refineries in the first quarter of next year.

The second time the Federal Government is disclosing plans to privatise its refineries.

However, President Goodluck Jonathan in November 2012 recommended that the refineries should be sold due to inadequate finance and under-performance.

Anichebe, nonetheless, said that the privatisation plans were currently at the preliminary stage, where the blueprint of the policy would be decided.

“We are working with the NNPC and Ministry of Petroleum Resources on the privatisation of the four refineries.

“We are just in the preliminary discussion with them and very soon, we will make public the work plan for the privatisation processes, including the engagement of advisers to advise us on the transaction.

“Once the work plan is fine-tuned, hopefully by the end of the year or early January next year, the work plan as well as the schedule will be unveiled to all stakeholders, including the media,’’ he said.

He urged Nigerians not to be apprehensive about the refineries’ sale because only capable and visionary investors would be considered in the privatisation process.

“People should not be edgy about this transaction because we have done this over and over again. When we first started with the telecommunications sector, people were worried that we will give it to the wrong people.

“They were worried about the security implications and all that. I believe that whether these companies end up with local, home-based or foreign investors, what is important is the efficiency of whoever is handling it.

“The criteria should be that the buyers have the financial muscle and technical know-how to run these companies. We don’t bother about where they come from, as long as they are coming with clean money to invest in our economy.

“So, when we are doing our evaluation of investors for the transaction, that is what we will look at,’’ he said.

The BPE spokesman also said that in 2014, the bureau would also begin the privatisation of the housing sector, Abuja Security and Commodity Exchange Plc., as well as the country’s transportation sector. (NAN)