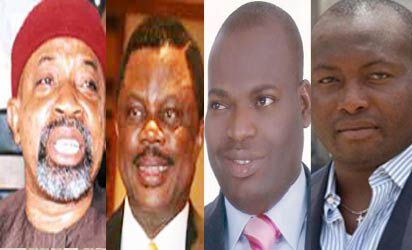 As the November 16 date for the Anambra governorship election draws closer, the Catholic Archdiocese of Onitsha has denied reports in some quarters that Archbishop Valerian Okeke has endorsed the candidature of a particular aspirant.

In a statement issued on Thursday by the Director for Communications, Onitsha Archdiocese, Rev. Fr. Pius Ukor, the church maintained it is apolitical and does not support any particular candidate, adding, “it is one of our duties as the church not to meddle into the affairs of the political class, because the church is for all and does not discriminate against any person or groups”.

The Archdiocese stressed that Reverend Fathers in the entire clergy in the Onitsha Archdiocese are not partisan but if anybody is saying or supporting a particular candidate, such a person is doing so in his own personal capacity which does not represent the position of the entire priests.

“The Archbishop has warned all the priests to remain focused and distance themselves from partisan politics but if anybody is doing it, I don’t know of it and the Archbishop is not aware”, said Ukor.