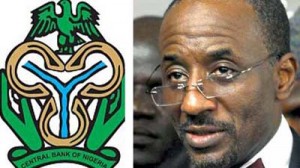 First Bank of Nigeria Limited, Guaranty Trust Bank Plc (GTBank), Zenith Bank Plc, United Bank for Africa Plc (UBA), Access Bank Plc, Skye Bank Plc, Ecobank Nigeria and Diamond Bank Plc have been designated by the Central Bank of Nigeria (CBN), as “too big to fail”, owing to the fact that their failure could pose a systemic risk to the banking industry and the larger economy.

The eight banks alone account for 75 per cent of the banking sector in terms of earnings, profitability assets, customer deposits and branch networks.

The CBN, it was learnt, has therefore adopted a more robust regulatory regime to monitor and scrutinise the eight banks, in order to ensure that they are healthy.

The central bank has also asked the eight banks to increase their capital base in order to give them a buffer against internal and exogenous shocks.

Lemo pointed out that any bank that accounts for five per cent of the banking system is systemically important.

“What that means is that we have to take a closer look at them. It doesn’t mean that they are weak, it is just that we have to focus more attention on them because, God forbid, if something happens to any of them, it may affect the entire system,” Lemo said.

Asked about the capital base that the respective banks are expected to have, the CBN deputy governor said: “It is not that they were asked to raise their capital base, it is just that when an institution is designated as systemically important, it is required to have more capital.”

For Zenith Bank, its recently released results for nine months ending September 30, 2013 showed that its profit after tax stood at N64 billion with loans and advances of N1.1 trillion. The bank also reported gross earnings of N255 billion at the end of September 2013, up by 11 per cent from the N229 billion recorded in the corresponding period in 2012.

In the same vein, UBA’s unaudited results for the nine months ending September 30, 2013 also revealed that its profit after tax climbed to N37.37 billion. With a market capitalisation of N257.255 billion on the NSE, its share price closed at N7.80 per share.

For Access Bank, its recently released unaudited nine-month results showed gross earnings of N154 billion at the end of September 2013. Its profit before tax also stood at N35 billion. Access Bank’s market capitalisation on the NSE was N213.269 billion yesterday, while its shares closed at N9.32 per share.

Skye Bank Plc’s gross earnings rose to N102 billion at the end of September 2013, while its profit after tax stood at N11.650 billion.

Diamond Bank also posted a profit before tax of N25.6 billion, while its total assets stood at N1.377 trillion at the end of September 2013.

First Bank of Nigeria Limited is yet to release its third quarter results because of its holding company structure. [Thisday]