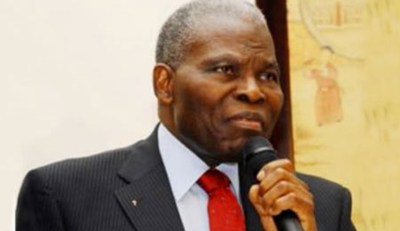 The spokesman added Kolade’s resignation was not because of any crisis as was being speculated.

Dr. Kolade, in a letter of resignation addressed wrote to President Goodluck Jonathan, said he was leaving at the end of this month to attend to his private life and his family.

“Mr. President, it has been a worthwhile experience for me to serve as chairman since the inauguration of the committee in February 2012. However, as I approach my 81st birthday, I wish to retire from the more time and energy consuming parts of my responsibilities and activities, one of which is the SURE-P Committee chairmanship,”Dr. Kolade said in his letter.

SURE-P spokesman added that Jonathan was yet to accept Kolade’s resignation.

When asked whether the chairman resigned because of the way the Federal Government was managing the economy, Mr. Muhammed said this was not the case.

He added that there was no rift between the agency and Jonathan or any member of his cabinet, “so the chairman could not have resigned because of it.”

Mr. Muhammed also denied that there was any crisis in the agency and stated that the relationship among the officials was cordial.