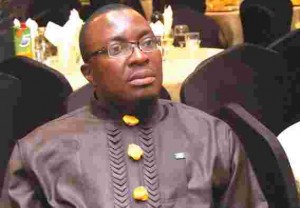 I came across this article online and decided to share.

Its a lengthy article of famous comedian giving relationship advice to the ladies.

Read the article below: –

This morning, I posted a pm on my BB asking what makes a relationship strong? I also offered some hints… Is it money? Communication? Sex? Trust? Understanding? Respect? Kids? Religion? Attention? Support?

Amazingly, over 45 people jumped on the hints. Some even agree that all of them make a relationship strong and last longer. Some even said once you have say, 7 of those things covered it will definitely be strong.
THEY WERE ALLLLLLLLLLL SOOOOOOO WRONG!!!!
That’s why we are battling every day. We put the ABUNNA before the horse.

The thinks that weaken a relationship are more important. They look like nothing, but as they gradually eat into the vitals of the relationship, the foundation begin to wobble and eventually cave in. That’s what leads to the irreconcilable differences you often hear about.

It is easy to quickly lump these micro killers under a general factor, but trust me, dealing with them individually works better than just saying “The problem we have, She does not respect me”. Not respecting is the final destination. There were many steps to that point.

When you fail to provide in the house, when you talk down on, no show of gratitude, making others look down on, not involving the other in decision making… Finally it builds up to the person short changed losing all forms of respect. So it’s not LACK OF RESPECT. it’s what led to it.

I have seen a MUSLIM husband and a Christian wife live till death put them apart. So it’s not religion. You can practice different religion but still be married longer than even Pastors. It’s not about prayer is the key… Do you treat your husband like the religion you practice say you should? Do you relate with him like a friend? Do you forgive? Do you hold on to issues that have been apologized for and bring same up like its fresh wounds?

Communication. What you say. When you say it. How you say it. Which should not be said. Where you say it. Who you say it to…. May be the reason that the foundation is shaky. You can’t use the tone you use to talk to your driver, plumber, brother, househelp… And think you have communicated. If you say things that you ought not to say at all, and you now even say it in public, TI RE TI BA e NIYEN. You want something but instead of saying you want it, you are saying, “Even Bayo of all people takes his wife to the movies!” You had better renew your DSTV… Because you are going no where!

Some women say men DONT give them attention. And, according to them, it’s very important in a relationship. Some men even say they DONT get the attention they used to get like when they got married. Selfish bastard. She is raising your kids, running the home, looking good for you and being a good employee to a company, if she is employed. So, bear in mind that the attention may not be like you used to get. And understanding matters. For women who crave attention. A MAN WHO IS AT YOUR BECK AND CALL 24/7 is a liability. Layabiliteeeee! So if you call or he doesn’t call as often as he used to, it’s not lack of attention. It’s hustle. Same goes for the woman. Like my wife, she gets home sometimes 8 or 9pm… There are people who get home 10 or 11 sef

Finance, I agree without a doubt make a relationship stronger. But it doesn’t if that is used as the yardstick for judging the strength of love. If it becomes a yardstick, then the person dropping more rules the relationship and if there is someone with a deeper pocket, oleku!

Simple gratitude, sometimes matters more than sex. I mean it. That someone calls you out of the blues to say thanks for that and this… This and that, can make a relationship stronger. Some people do not know how to say thanks. And on top of that, they will be giving people the impression that the person they are with, is not doing anything. You had better put your mouth where your money is. Because LOBATAN will be a word you will get used to when the generosity is withdrawn. And you will fade into oblivion. Say thank you. Say I appreciate what you are doing. Sometimes I tell my wife, thanks for supporting me oooo. Nothing spoil. Thanks for accepting me the way I am OOO. Thanks for making me a better guy. Be grateful. It’s the two of you DAMN!

Very often you hear, I don’t trust him again. It is not an airtime credit that you just loaded. It is that message that you get that says, your call credit has been exhausted PLS load an all in one card. Thank you. That is, all the different things that you have been doing (calls made) have eaten up all your credit (trust). You’re either going to reload or use a business centre. Trust is rechargeable. Some may give you credit window… What you do with it restores or further erodes what was left.

I would have written about the role of the family, but trust me, you all know that well enough. Or has your African Movie Magic been suspended?

Looking good. This can not be over emphasized. You can do all the other things, but trust me, some people will only go to certain places with you if you look presentable. This has nothing to do with love. Are your clothes well put together? Do you smell well? A good smell, that announces your arrival can delay your departure, I read sometime back. Even if you don’t break a bank, you can look good and groomed, with far less than you think. Start with baffling, sponging, shaving, trimming, and the likes…

You are not a microwave. Stop getting hot for no reason. Even for any reason, control yourself. If you look around hot tempered babes are tolerated. Not craved. That your sharp mouth is for what? Are you a Gillette brand ambassador? Cut it out!

Me, that is writing this much, do you know that, the amount of time I spend on line has become an issue with my madam at the top. I had to reduce it. No need to sacrifice my relationship to please some people. Same people will be so delighted to read that my wife and I are quarreling over one message some babe sent me online. So don’t send messages, call me when she is not around… HEHEHEHE

Ok I think I have let the comedian part of me kick in.

As I was saying, beyond the core issues, a lot of micro and macro things that may seem like nothing but are significant tug at our relationships. Let’s pay attention…

Have a nice day
I dey rush so no time to proofread. GBAGAUN if you like just DONT miss the message.