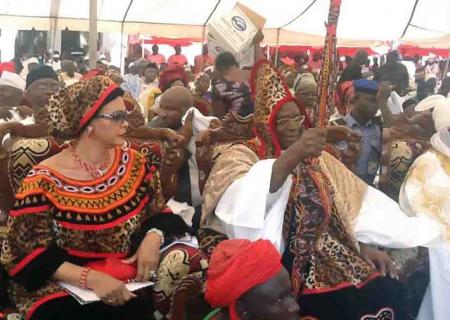 A former Chief of Army Staff, Gen. Theophilus Danjuma, has urged Nigerian leaders to ensure that justice is done to all manner of people to guarantee peaceful coexistence in the country.

Danjuma, who is also former Minister of Defence, made the call at Donga Local Government Area of Taraba on Saturday.

He spoke after receiving the traditional title of Gam-Gbaro Donga meaning “War Field Marshal’’, conferred on him by Dr Danjuma Banyonga, the Gara Donga.

The former Army chief said injustice and unfair treatment of citizens by the rulers would not augur well for the country.

He stressed the need for unity among all the people of the country irrespective of religious or ethnic affiliations so that the desired development would be achieved.

Danjuma thanked the Donga Traditional Council for the title of Gam-Gbaro conferred on him and assured that he would always make himself available for service to the community.

Earlier, the Gara Donga said the choice of Danjuma for the title was premised on his numerous contributions to the development of humanity both locally and internationally.

He said Danjuma had made a lot of sacrifices not only to ensure that the country remained one entity, but also brought change in the lives of many Nigerians through philanthropy.

He called on other wealthy Nigerians to emulate Danjuma by giving back to society that also contributed in making them.

The Acting Governor of Taraba, Alhaji Garba Umar, congratulated Danjuma for what he described as a well deserved honour.

Umar was represented by the Speaker of the House of Assembly, Mr Josiah Kente.