Davido, the ‘Omo baba olowo, is one artiste that has got lots of money to throw around. From having a rich dad to having a successful career, personal home, fleet of cars and lots of fans. 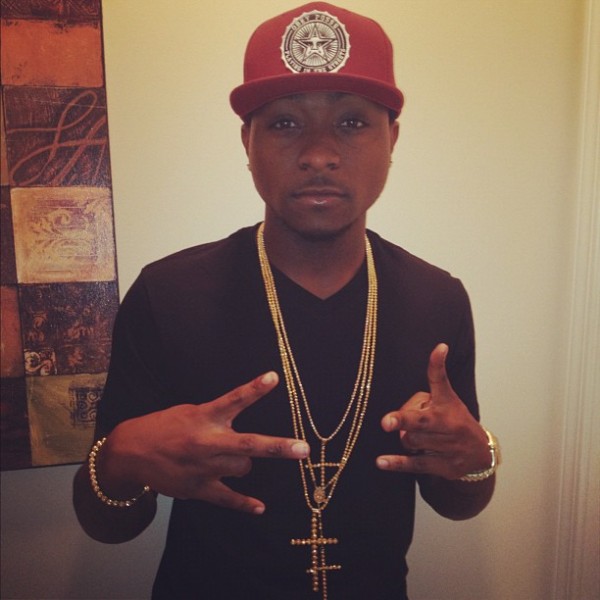 In a recent interview with a national daily, speaks about his music career, competition in the music industry and his hit song ‘skelewu’.

See excerpts of the interview below:

On competition in the music industry?

“I’m not afraid of competition or the fact that some person will just appear on the scene and take the shine. After all, I did it to some people, so I expect that it is something that must happen to everyone because you can’t be shining forever. But once you are good to others, make good music, have loyal fans, that’s all that matters.”

On Wizkid being a threat or music rival?

“Not at all. The rumour is cool. But I see nobody as competition or threat. God is behind me, so I just go into the studio, do my music and everything is fine. I develop and write most of my songs in the studio.”

On how much influence his father has had on his career?

“Yes my father is rich, but the truth is some people only knew who he was after I released my song, ‘Omo Baba Olowo’. I want people to know that the song was not a hit because of my father but because it was dope. I didn’t sing ‘OBO’ because of my father’s wealth contrary to what people think. My father and family always keep me grounded. They call me from time to time to ask about my welfare. My father actually visits all these blogs to read and see all my nonsense. Just like the typical Yoruba father, he scolds me and whenever he does that, I will say, ‘Daddy cool down, what’s going on, relax.’ Although he is also very proud of me, he is scared and happy for me at the same time.”

“The song is big already; so whatever we do people are still going to talk anyway. I shot the video like a movie and there are three videos, so people can watch whichever one they want. If you don’t like the instructional video, you can watch Sesan’s, if you don’t like that one; you can watch Moe Musa’s. If people want, I will shoot one more video, it’s not easy.”