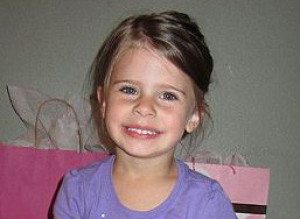 A 3-year-old Iowa girl died from injuries allegedly sustained when her daycare provider threw her down the stairs for not removing her coat, police claim.

According to court documents obtained by KTIV, Rochelle Sapp called Autumn Elgersma’s mother Oct. 29 and told her that her daughter had injured her head in a fall. Sapp, who runs a daycare out of her Orange City home, said that the 3-year-old had fallen down some stairs.

Two days later, Elgersma died in Sioux Falls, S.D., children’s hospital while receiving treatment for a skull fracture and brain swelling, according to court documents reviewed by KDLT. Doctors said the injuries were inconsistent with a child falling on a staircase.

Police allege that Sapp, 33 admitted to throwing the girl to the ground when they re-interviewed the caretaker on Thursday about Autumn’s suspicious injuries, KDLT reported.

Sapp had been charged with willful injury and child endangerment resulting in serious injury, both felonies. According to KELO, Elgersma’s death means new charges will be filed following an autopsy.