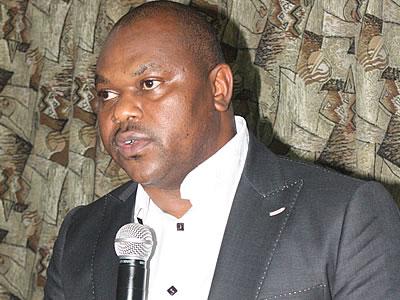 However, locally made canon contraptions, which triggered the explosion,  critically injured a female aide to one of the Speaker’s associates.

Ochei, on a routine familiarisation and thank-you tour of his Aniocha North Constituency, had barely finished exchanging pleasantries with his supporters at the Eke Market square venue, when a loud explosion and its attendant smoke threw the crowd into pandemonium.

According to an eye-witness, the Speaker had not taken his seat immediately on arrival, as he was busy exchanging greetings when the canon, ignited and propelled from the rear on trajectory to his seat on the front row, was  inhibited by chairs which, even though were shattered, provided some cushioning effect.

It was also gathered that the explosives were wrapped in white satin materials, which made  detection impossible, as the chairs and tables were also decorated in white materials.

The victim, whose left ankle was badly injured, was immediately rushed to the Federal Medical Centre, Asaba,  but referred to the Delta State University Teaching Hospital Oghara for   further medical attention. She was said to be in stable condition just as doctors were battling to avert amputation.