A bus driver who was filmed stopping an apparently suicidal woman jumping from a bridge has been given a $10,000 reward by Donald Trump.

Darrell Barton was driving a bus full of passengers along his route in Buffalo, New York when he saw the woman teetering over the edge of the bridge. 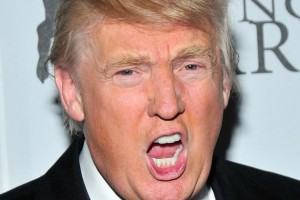 A dramatic CCTV footage shows Mr Barton stop his bus and slowly approach the woman, who is hanging over the traffic below.

As worried passengers on board look on, the bus driver slowly coaxes the woman, believed to be in her 20s, away from the bridge’s edge.

He then sits down next to her on the roadside and starts talking to her before help arrived.

After returning to his bus to continue the journey, the bus’ passengers started applauding their driver.

Mr Trump was so impressed after seeing the footage that he gave him the cash gift, Sky News reports.

He said: “I thought that was so beautiful to see. I think he is a great guy with an amazing heart and I said that man should be rewarded.”

As reported by Sky News, Mr Barton told a local television station: “She was distraught, she was distant, she was really disconnected.”

“It was meant to be. I was supposed to be there for her at that moment and I was.”