Protesting staff of the Education Ministry, demand for immediate removal of the supervising Minister of Education, Nyesom Wike, and permanent secretary, Dr. MacJohn Nwaobiala, for failure of the ministry to pay their promotion allowances since 2007. 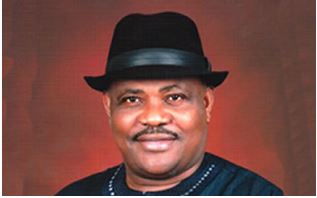 The protesting workers claim that the due amount is over N900 million and has been released by the Federal Government.

Describing the situation to the journalists at the entrance of the ministry, secretary of Association of Senior Civil Servants of Nigeria, Comrade Isaac Ojemhenka, said if by next Monday their grievances were not addressed, they would take further steps.

Mr. Nyesom Wike, the Education Minister, addressing the protesters promised that he would take immediate measures to address the issue.

According to him, the workers wrote him directly about the matter only on November 25, after which he immediately took action by directing the permanent secretary to address the issues raised by them.