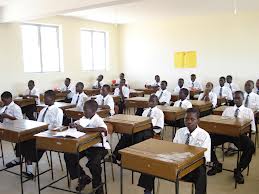 The National Bureau of Statistics (NBS) has revealed that the education sector of the Nigerian economy generated the highest number of jobs in the fourth quarter of 2012 and first quarter of this year.

According to the latest Job Creation Survey, which was released by the Statistician General of the Federation (SGF), Mr. Yemi Kale, the number of employment generated between the two periods under review represented an increase of 11.69 percent.

The report further indicated that the formal sector of the economy contributed 174,326 jobs in the first quarter of 2013 while the informal and public sectors generated 232,327 and 24,368 employment respectively.

“The top three sectors that produced the highest numbers of full-time jobs in Q4 2012 were education, followed by financial intermediation and then health and social work. In Q1 of 2013, the same sectors maintained the top three positions for generating full-time jobs. This is indicative of the huge investment of resources in these sectors, particularly in education and health sectors,” the report said.