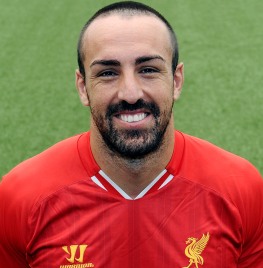 Liverpool FC have confirmed that Jose Enrique is not expected to return back to action until February after undergoing a successful surgery on his right knee.

The Spaniard’s absence leaves on-loan Aly Cissokho as the club’s only recognised left-back, although right-back Glen Johnson has featured on that flank for the Reds in the past.

Enrique has not started for Liverpool since the 3-1 victory over Crystal Palace on October 5.
Liverpool boss, Brendan Rodgers, last week confirmed the 27-year-old would require a procedure and the club have announced on its website that the Spaniard has had an “arthroscopic surgery to resolve an issue with his right knee”.