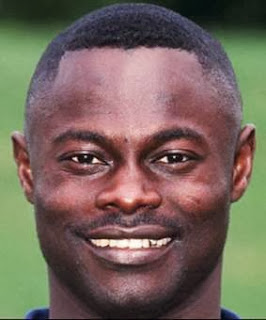 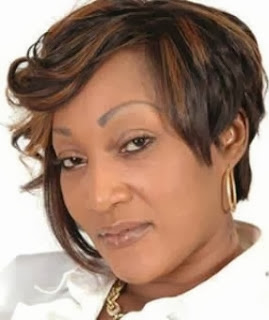 Former Ghanaian international footballer Nii Odartey Lamptey has revealed that he recently found out that all three children he had with his wife of almost 20 years are not his biological children. He made the shocking revelation in a radio interviewed when asked why he was divorcing his wife.

“…I thought they were my children but upon a DNA test, I got to know that they are not my biological children. The issue is in court so I’m pleading, because it is a legal issue I don’t want to go through so many things, but I am 100% sure that the children are not mine after 20-years of marriage. We had five children but two passed away so we were left with only 3 and they are not mine” The former Aston Villa player told reporters

Meanwhile, his estranged wife Gloria Lamptey (pictured above) is claiming that it was Lamptey who suggested they use artificial insemination after realizing he was infertile. A claim Lamptey denies. A close friend of the former Anderlecht footballer said he’d on several occasions caught his wife cheating on him but stayed with her because of his love for her and the businesses they own together.

The estranged couple are now in court