32-year-old Hollywood actress, Meagan Good is now in the middle of another controversy due to an outfit she wore recently. 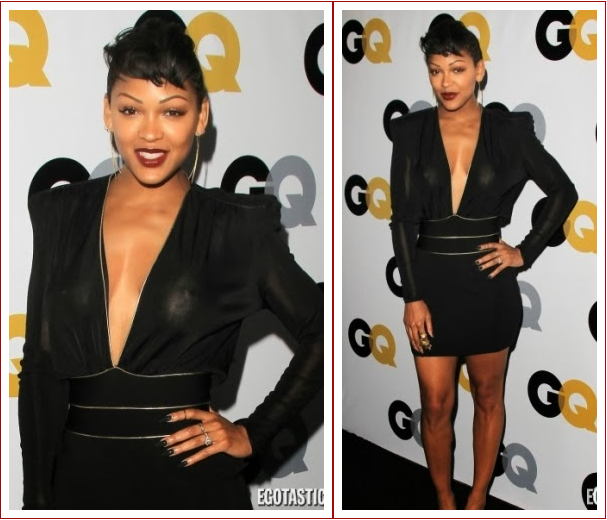 Last weekend, she was spotted in GQ Men of the Year party in Los Angeles in a very revealing black dress.

When asked some time ago, why she enjoys dressing in controversial outfits, the wife of Pastor DeVon Franklin says:

“…I’m confident in my decisions and I know my heart was in the right place when I chose the dress that I wore. And I know there will be other dresses down the line that people probably won’t like but I know my relationship with God is tight and I don’t think God is concerned about those kind of things.”

Do you agree with her?