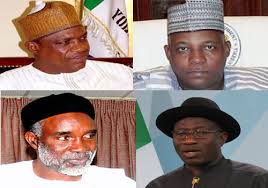 Former Minister of Foreign Affairs and elder statesman, Professor Jibril Aminu yesterday hailed the extension of emergency rule in the Northeast states of Adamawa, Borno and Yobe, just as he accused the Adamawa State government of insincerity in its opposition to the development.

The Senate had last week approved President Goodluck Jonathan’s request to extend the declaration of emergency rule in the three states despite opposition to the request by the Adamawa State government which questioned the rationale behind the decision.

Speaking to journalists in Yola, the Adamawa State capital, Aminu argued that the decision to extend the emergency rule for another six months was in the best interest of the people, dismissing claims by Governor Murtala Nyako that the decision was politically motivated.

“How can you say the state of emergency was political when we spent a lot of time talking about the suffering of the people as a result of this insurgency?  I think people can disagree politically and can criticize political decisions by governments, but I do not think we should reduce it to a ridiculous level,” he said.

He accused Gov. Nyako of being apprehensive over losing control of security funds and as such resorted to spurious allegations against the federal government and the decision to extend the emergency.

“They are kicking against the extension of the state of emergency because somebody was enjoying security vote. The security vote was taken away and he cannot get it back, that is why he is making that noise. State of emergency was declared in public interest following the situation in three states. A lot of people did not like it at first, but this is leadership. People may not like something, but if you feel it is good for them, you do it”, Aminu said.

On the recent solidarity visit by the Niger Delta bishops and the Eminent Clerics Forum of Nigeria, Professor Aminu decried the involvement of religious leaders in politics, saying that their role is to provide moral and religious guidance to members of the society irrespective of political inclination.

“It is a minus to the clergy, I don’t think the clergy has anything to do with that unless they are politicians or they function as a party. It is wrong.  This is a political argument among full time politicians and the clergy comes in and says it is their job? No, they should go and look at their books again. You don’t take political issues to the mosque, church or temple. Let them go and pray for God to give them succour,” he said.

It would be recalled that clerics from the Niger Delta region led by His Eminence, Jones Ode Erue had on Saturday declared support for Governor Murtala Nyako in his fight against what they termed impunity and injustice by the nation’s political leaders.