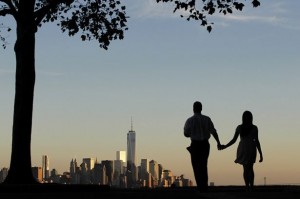 Who you are friends with on Facebook could determine when you will break up with your partner.

A study from Cornell University in America has worked out a way of accurately predicting which couples will separate just by seeing who they’re friends with on the site.

Lars Backstrom and Jon Kleinberg looked at over 1.3 million Facebook users to come up with the method.

Called “low dispersion,” this means that your friends meet your partner’s friends and merge to form one large social group.

“A spouse or romantic partner is a bridge between a person’s different social worlds,” Kleinberg explained to the New York Times.

Using this, Backstrom and Kleinberg were able to correctly identify who somebody’s spouse was 60 per cent of the time and correctly guess somebody’s partner a third of the time.

Relationships that hadn’t been spotted using the dispersion algorithm were 50 per cent more likely to break up over the next two months, compared to those that had been identified by looking at friendships of mutual friends.

A spokeswoman told PCMag.com: “The specific findings from this study are not currently being used in making News Feed a better product.”

“It has helped the team think about things and informed some of the features we use in ranking.”