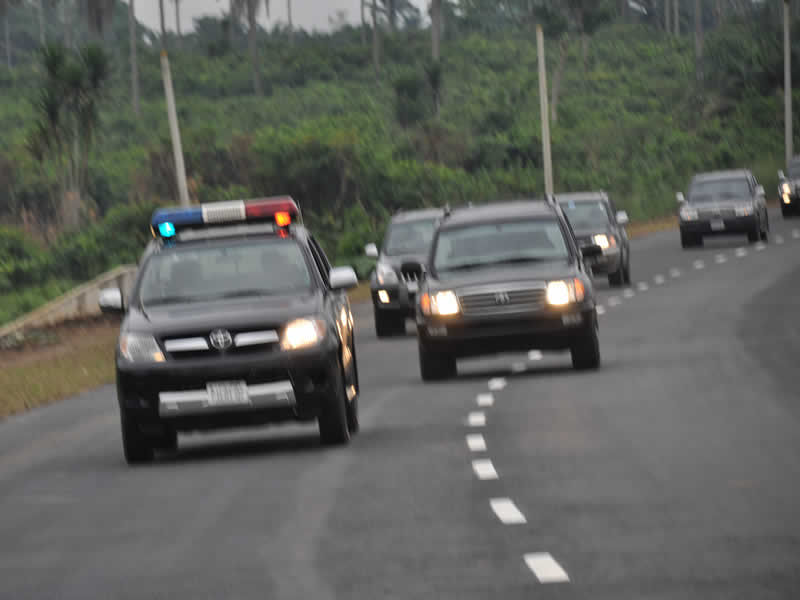 Following the spate of road accidents involving convoys of public office holders, the Lagos State Governor, Mr. Babatunde Fashola yesterday pleaded with his colleagues to jettison the use of sirens on their vehicles.

He made the plea at the ongoing 13th National Council on Transport in Lagos.

According to Fashola, the use of sirens by public office holders amounts to oppressing members of the public, who elected them into office, noting that this is the reason why he barred all his commissioners from using siren.

“From the day that I became governor and until this moment, I haven’t had course to use siren and I don’t intend to use it”, Fashola said.

Speaking at the event, Minister of Transport, Umar Idris said the nation’s transportation system would soon become one of the best in sub-Sahara Africa.

He said the Nigerian Maritime Administration and Safety Agency (NIMASA), Nigeria Institute of Transportation Technology (NITT), Zaria and the Maritime Operators of Nigeria, Oron had been empowered to provide required services in maritime policy formulation and administration.