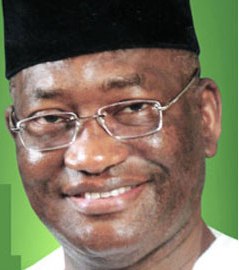 The Federal Government on Wednesday set up an eight member Committee on the Burial of former Chief of General Staff, Vice Admiral Mike Akhigbe.

The Secretary to the Government of the Federation (SGF), Sen. Anyim Pius Anyim, announced this at a news conference in Abuja.

He said the committee would undertake the Federal Government component of the burial arrangements.

Anyim inaugurated the committee with the Chief of the Naval Staff, Vice Admiral Dele Ezeoba as the Chairman.

The scribe said the burial would take place on Saturday Nov. 23 in Akhigbe’s house at Fugar, Etsako Local Government Area of Edo.

Anyim added that the burial programmes would commence on Wed. Nov. 20.

“There will be lying-in-state at QUORRA, Naval Base, Apapa in Lagos at 10 a.m. while service of songs takes place at the same venue at 6 pm.

“The corpse will be taken to Fugar at 6a.m. with stop-over at Government House, Benin.

“There will be Christian and social wake at his residence at 6p.m.

Anyim described the death of Akhigbe as a painful loss to the family and the nation in general.

He said the deceased dedicated his life to the service of the country, first as a military officer, who made immeasurable contributions to the political landscape and the development of the country.

According to him, “Akhigbe was an honest and diligent public servant who undoubtedly made remarkable and outstanding contributions to the social, economic and political development of the country”.

Anyim said the deceased was appointed as Chief of Naval Staff as a result of his commitment and dedication in the delivery of his duties.

He urged Nigerians to pay their last respect to Akhigbe by being part of the burial ceremonies.

The News Agency of Nigeria (NAN) reports that Akhigbe died on Monday, Oct. 28 in New York at the age of 67. (NAN)