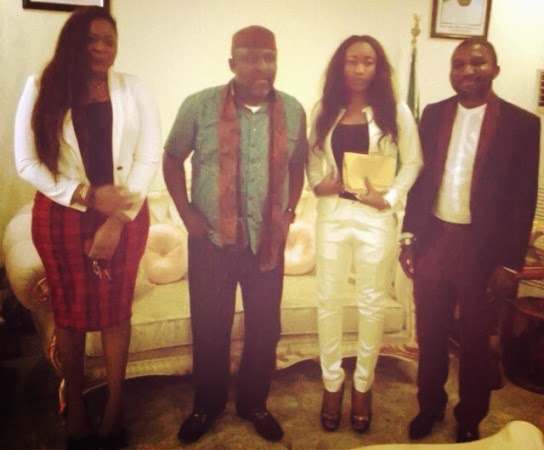 This governor and female entertainers sha…lol. Months after appointing actress and model Shirley Igwe as his Principal Protocol, he has appointed another female entertainment. Singer and architect Adokiye Kyrian was recently made a youth ambassador in Imo State. The ‘Back Up’ crooner is also the project co-ordinator of ‘The Youth Decides”. Adokiye and her team flew government private jet during their visit to the Imo state government.