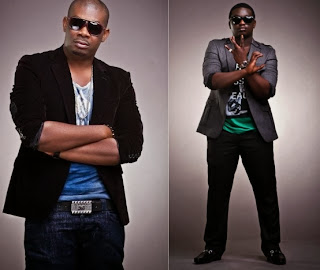 As written by Ms. Uduak Oduok who is an Entertainment Attorney:

I began writing, yesterday, about the recent potential legal drama between Don Jazzy and Wande Coal to discuss the alleged claim of Intellectual Property theft and legal issues present, which I will still do, albeit on a different post. However, while writing, I just got tired, like really tired of the state of the industry and the foolishness being served of late.

Eyin Nigerian artists eti su mi, really (you Nigerian artists make me weary, really). Sheesh. Y’all can be off the hook, many times. You’ve got a grown man and so called boss for that matter such as Don Jazzy displaying foolish behavior of the highest order on twitter; and crying about a problem he created in the first place.

What are we supposed to do Don Jazzy? You are the business man, you also should have some scars to show from the epic Mo’Hits fallout/ dissolution that you “get it.” Didn’t you at least learn something from that? What’s good? I really tiyah, for real.

ON A DAY THAT SHOULD HAVE BEEN ALL ABOUT TIWA SAVAGE’S RELEASE OF HER SONG ‘EMINADO’(Goodluck charm) featuring Don Jazzy, Don Jazzy totally pooped on that parade and brought the bad luck charm by undermining Tiwa Savage’s shine with his silly cries on twitter about an alleged theft by his former artist.

Are Wande Coal and Don Jazzy mates? What rubbish?! Why is Don Jazzy, the egbon (older one and adult) and most importantly the boss getting on twitter and stooping down to this kind of level as a business owner and leader in the industry? It is embarrassing and unacceptable. It also is ridiculous because from the facts, HE CREATED THE PROBLEM.

How can you not have your split sheets in place as a producer? I don’t care if the artist is your mother, father, sister, brother, girlfriend, wife, gay partner or what have you. You get that in place!

How, at this point in your career, do you get into a studio with your artist and not delineate the lines on who owns what? If you made music under Mavin Records, the music belongs to Mavin, if you signed the proper legal documents evidencing this basic arrangement. You’ve got the sound recording belonging to Mavin. The lyrics and composition also probably belong to Mavin, at least a large portion, given the kinds of agreement I see artists sign with labels in Nigeria with certain aspects in music publishing that differs from us here in the States, so why are we even here?

You clearly did not do this because Wande Coal can produce the original demo song of which he co-authored with you; with no delineation of those rights spelt out. Are we suppose to cry or be sad for you? Why?

As Wande Coal correctly indicated in his tweet, Jazzy has Coal’s phone number and contacts and could have easily contacted him to resolve the dispute, privately. He did not do so. Instead, he chose to follow an impulsive, selfish and egotistical act on twitter that instantly shifted the attention from the release of Tiwa Savage’s beautiful ‘Eminado’ video, all in less than twenty four hours, to a showing to the world that Nigeria’s music industry and its leaders have no focus, no direction and is a big joke.

When was the last time you saw any of the label heads in the USA, including Jimmy Lovine, Diddy and even Kanye West get on twitter to fight artists who allegedly steal their work?

Okay. Hold up. Wait a minute. Don Jazzy, if you are invoking the law and claiming infringement of your “intellectual property” what exactly are we doing on twitter? That’s all legal speak which means lawyers get involved to either help work things out and get you compensated on some licensing deal, for the sampling or explicit copying of your work, or we get into the courtroom. What are we doing on twitter?

I am truthfully exhausted with the frequency/rate of foolishness coming out of the industry from leaders and industry professionals at large. It is alarming and you should be worried about the state of this music ecosystem, if you care both about your country and music, in general. This is unacceptable.

Don Jazzy owns Mavin Records. Tiwa co-owns 323 with T-Billz. Shouldn’t Don Jazzy at this point in his career know that he undermines the marketing and selling of Tiwa Savage’s song with this foolishness? What’s the brand partnership agreement they signed? Anyone have a copy because there should be a clause preventing this kind of behavior. Yes, I am really tired with the foolishness.

Our industry is just looking a big mess and very silly to me right about now. We look foolish both locally and internationally. We act silly with our business ventures, we are very reactionary on social media, we let egos get in the way, from the likes of Jason Njoku to his ex-CEO Michael Ugwu. Y’all didn’t think that I thought Ugwu came with clean hands did you? He was one of the first shouting on AML, right here, when I questioned the rapid jump and growth of IROKO into the music market under IROKING, about how I was dead wrong and all the m/billion page views IROKO received blah, blah.

Well, what happened? Ugwu was the CEO of IROKING, and he did not deliver. That was his terrain. Granted Jason Njoku’s egotistical self got in the way and he released the foolish press release that created what has to be the worse PR and disgraceful employer/employee and pr fail ever for a new brand; but nevertheless, what the heck? IROKING is being scrapped under Ugwu’s watch as CEO. What happened to all the “b/million” views et al. Ugwu had a responsibility to also deliver.

Have y’all heard of Chinedu Echeruo? The Nigerian-American who created HotStop in New York and this year allegedly sold the company to Apple for $1Billion? For all the years Echeruo helped build and operate his company,you never heard the fella display the kind of ego that he should arguably display. As he said, he checked it at the door, and today, we all point to him as a shinning example of what a successful Nigerian owned business and entrepreneur should look like.

Can we all take a page from Echeruo i.e. have a healthy dose of humility, get your entertainment business in order and have even more humility? Who said it would be easy? Practice!

Our industry was exciting, fun, young and filled with so much hope but in less than two years, it looks a shamble. From 9ice, Mo’Hits, Knight House, Storm 360 to eLDee (I am unsure why everyone keeps leaving Trybes Records, including Sarz, of late), EME, to Chocolate City and so many other labels in between, you gotta ask, what the heck is going on? Our creativity is at an all time low and we spew nonsense both on our airways and in our music videos thinking we can sustain this industry with the mess. Industry, what’s really good? Is this it? Like are we for real? Many of you who read AML are industry leaders. What’s really good, leaders? Seriously?

Artists walking out on label and management deals like they are visiting red light districts for one night stands, labels with no basic music business skills promising artists heaven and earth and getting screwed, plus left with heavy debts to deal with, diarrhea on twitter from industry heads and professionals who should know better as a means to resolve their legal issues and the list goes on. Common folks, give me a freaking break!

We want to be like the West, yet we lack the common sense to set the legal precedent and have our Nigerian courts determine legal issues that can move our society forward; to ensure the sustainability and success of our industry. Jesus, what’s with this foolishness? Really? Why do we as a community of business owners and industry professionals keep choosing to display juvenile behavior on social media platforms that really undermine the industry; and also affect our sister industries like fashion and film?

We are now at an age where the young ones look up to us and WE MUST respect ourselves with our dealings in front of them and with them. The baton has passed on to us and we are doing a terrible job as it stands with how we carry on with the business of music and resolving our issues. If we have issues with our young ones, then sort them out privately because if we can’t respect those behind us, guess what, they won’t respect us either and what lies ahead will not be pretty for us.

I, for the life of me, have no idea why we are even here. Can anyone tell me? Oh! Don Jazzy says Wande Coal stole his song from him. Don Jazzy at every step of this particular brouhaha clearly failed to protect the alleged rights stolen, which is unacceptable from a seasoned businessman, artist and music producer WHO WAS THE LABEL BOSS FOR A YOUNG MAN THAT HAS WORKED WITH AND LOOKED UP TO HIM FOR HIS ENTIRE CAREER! But, oh! We are suppose to cry with him on twitter. Because why?

Oh! And don’t get me started on COSON, MCSN and all the other entities adding to the current foolishness in the industry.

*Sigh* I’m tired from all the foolishness. Sheesh.