Home News Feed “I Was Meant To Be There For Her”: How Bus Driver Prevented...
Facebook
Twitter
WhatsApp

New York, United States – A New York bus driver has gone above and beyond his call of duty to save a stranger’s life. 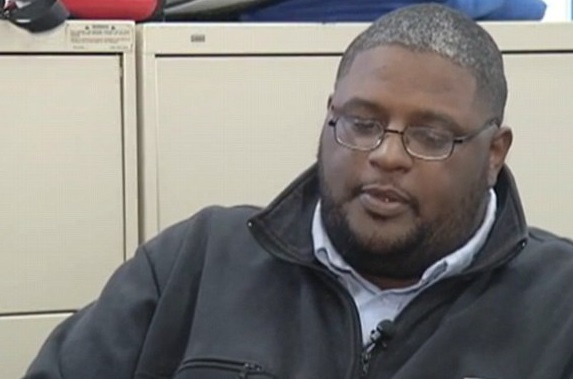 In mid-October, Darnell Barton, 37, was behind the wheel of a school bus full of students when he spotted a woman on the wrong side of the guard rail.

He says it did not seem “real” to him at first, because traffic and pedestrians were acting as nothing was wrong.

In a footage from a surveillance camera, Barton is seen stopping the bus near the woman, exiting and asking whether she is okay.

The woman looked “distraught” and “really disconnected,” he says, and gave him only minimal response to his questions.

“She turned back to look at me and then back at the traffic, and that’s when I kind of lunged and got my left arm around her body,” Barton narrates. “I asked her, ‘Do you want to come on this side of the guard rail now?’ and that was the first time she spoke to me and said, ‘Yeah.'”

Barton then waited for the police and firefighters arrived. He says he was meant to be there for the woman at that moment.