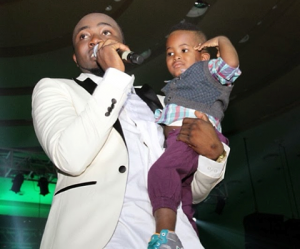 Apparently, 9ice isn’t the on;y Nigerian artiste that denied having kids when he was still trying to build his career.

The Aboki of 9ja music, Ice Prince had an interview with Entertainment Express Showbiz Plus, in which he explains why he initially denied having a son when the news made headlines in March 2012.

“It was complicated back then, I didn’t really know what was happening and I wasn’t sure of certain things. So the best I had to do then was deny it and sort out things first. Now I know he is my child and I have done everything as a father ever since”

Ice Prince also says he and the baby mama are in very good terms: – “I speak with her often and it is usually about the baby. That is all for now”