Mrs. ClaraChime on Monday left the Government House in Enugu claiming she had been under pressure to remain as wife of the Enugu State Governor, Sullivan Chime. 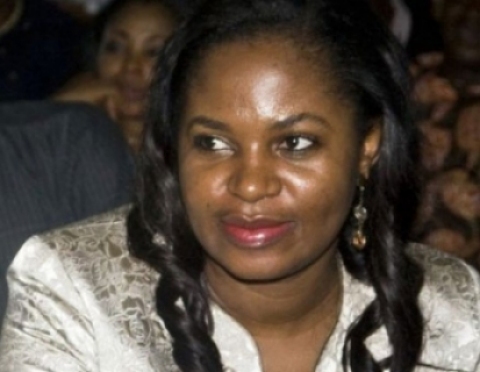 She said she would have walked away from the marriage during the period Chime was sick and was away for five months, but remained on “very compassionate grounds.”

Mrs. Chime said her thinking was that the sickness would change the governor’s ways towards her but that he got worse months after his return from cancer treatment abroad.

According to her, on many occasions she attempted to leave but her family members, for pecuniary reasons, insisted she stayed put.

She said even when it was apparent that Chime no longer wanted the marriage, her family would not let her go.

She disclosed this through the mobile phone of one of her male siblings, about four hours after she eventually packed out from the Governors’ Lodge on Monday.

The sibling declined revealing his identity, but stated that he was one of the few family members who supported Mrs. Chime’s agitation to quit the marriage.

He said if he revealed his identity, it could cause a stir between him and other family members with whom members of the Chime family were still holding meetings on the matter.

He claimed that Chime had long lost interest in the marriage but held forth because he (Chime) didn’t want his image stained.

“So there was no need joining other family members into forcing her to remain in a marriage that he (the governor) was no longer interested in,” said the source.

He said, “Governor Sullivan Chime just wanted to keep her within the lodge for fear that she could open up on certain things she knew about him if she was allowed to leave unceremoniously.”

When the source eventually brought Mrs. Chime on the phone to speak with our correspondent, she said, “I regained my freedom to move around on Saturday and I eventually forced my way out of that place (Government House) today (Monday).”

She said, “I am not the one who is sick, but I became sick because of the way I was treated. There are some things people would do to you that make you sick or even die.”

“After treating myself, I will never go back there again. I will not even wish my enemy to marry in that kind of place again.”

When contacted, the state Commissioner for Information, Mr. Chuks Ugwuoke, said he just returned from Lagos and was not aware.

“I have been away in Lagos and cannot speak on anything I don’t know of, especially when it is a family matter. I will call you as soon as I am briefed,” Ugwuoke said.

Meanwhile, a Lagos-based lawyer, Mr. Fred Agbaje, has called on the National Human Rights Commission to probe further into the issue between Chime and his wife.

Agbaje said in a statement on Monday that as personalities who lived on public fund, the citizenry deserved to know the truth about the situation and Clara’s true state of health.

He said both the governor and his wife might not have told the whole truth about the issue.

He said, “There must be an end to sinking lies. The Chimes of this world need another fatter lies to cover their present lies. The truth is that one Mrs Clara Chime is ill. To cover her public odium, she was cleverly and unconstitutionally detained by Chime.

“As for the NHRC, they need to do more research into the Chimes’ affairs and expose every unconstitutionalities, not the present contradictory conflicting charade coming out of the commission.”