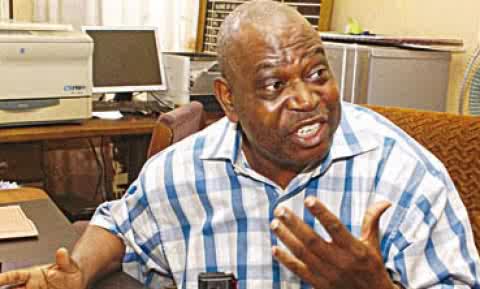 The family of Prof. Festus Iyayi, former President of the Academic Staff Union of Universities (ASUU), has tentatively fixed his burial for the first week of December.

A member of the Iyayi family, Prof. Robert Ebewele, disclosed this, Thursday, just as the federal government expressed deep shock and regret over the death of the former ASUU president, describing him as a foremost patriot and literary icon.

Iyayi died in an auto crash involving the convoy of Kogi State Governor, Idris Wada, in Banda, Lokoja, while he was on his way to honour a National Executive Committee (NEC) meeting of the union in Kano State, over the four-month-old strike by university teachers across the country.

Ebewele, who disclosed the funeral plan, when the Pro-chancellor of the University of Benin Senator Effiong Dickson Bob, paid the deceased’s family a condolence visit, said the funeral would commence with a commendation service.

Thanking EffIong for his concern, Ebewele said the family would liaise with the university community for the burial programme.

Earlier, Effiong, who was led on the visit by the Vice-Chancellor of the institution, Prof. Osayuki Oshodin, said: “It’s my hope that his death will spur ASUU leadership to honour him by finding a lasting solution to the strike even as I urge all those who are alive to do all they could with steadfastness and courage.”